I did a little digging into Donald Trump’s gobsmacking statement on Meet the Press this morning. For those that have not already seen, given the opportunity to disavow the endorsements of White Supremacists as notorious as David Duke, Trump said simply, “I don’t know David Duke.”

As has been commented frequently on social media, anyone under 30 could be forgiven for not seeing any particular relevance to the name David Duke. But a man as politically and socially active as Trump at Trump’s age cannot with any shred of credibility state that they do not know the name David Duke. Not at least enough to know that his is an endorsement no serious candidate to the Presidency could accept. Yet, giving the opportunity, Trump dodged the question.

But there is at least this little nugget of Donald Trump’s colorful political past, wherein he seems to directly refute the candidacy of Pat Buchanan (another name the under-30 set is not obligated to know). Refute, that is, because he believed Patrick Buchanan was a “Hitler-lover.”

Pat Buchanan’s Holocaust revisionism has never taken the form of his denying that Nazis murdered some Jews. Rather, he has consistently hinted, indicated, and implied that that he thinks the Nazis were somewhat less guilty of the Holocaust than people make them out to be. Today on ABC’s Good Morning America, Buchanan tried shifting the blame for the Holocaust away from the Nazis once again. Asked by Diane Sawyer about Donald Trump‘s comment that he was a “Hitler-lover,” the newest candidate for the Reform Party nomination had this to say:

Well let me explain. In the book I wrote, I referred to Hitler as a monster. I say that he–he behaved like Al Capone in his first days in office and he and Stalin let loose their SS and NKVD killers and set up Auschwitz and perpetuated the massacre.

The Russian NKVD was the 1930s ancestor of the KGB. It helped Stalin to kill many millions in its day. The Jews of Auschwitz, however, were not among them. To be more specific: Russian NKVD killers did not help to “set up Auschwitz.” Nor did they “perpetuate the massacre” there. Auschwitz didn’t even begin operating as a death camp until 1942, long after Hitler ended his non-aggression pact with Stalin by invading the Soviet Union.

Claiming that Hitler and the Nazis weren’t solely responsible for Auschwitz may be the single most extraordinary and outrageous thing Buchanan has ever said about the Holocaust. It isn’t anyone’s eccentric or revisionist view of history. It’s the fantasy of a disturbed person who thinks he can get elected president with the support of the Teamsters, David Duke, and Lenora Fulani.

So if you’re keeping score at home, shifting blame away from Hitler is beyond the pale for Donald Trump. But getting the endorsement of one of Buchanan’s own favourites is not worth disavowing. 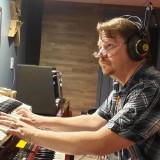 1 reply on “That Thing Donald Trump Said About Pat Buchanan”

[…] column last week by the far-right nationalist Pat Buchanan— whom Trump once denounced as a “Hitler-Lover”—ran with the idea, expressing the paranoiac fantasies of thousands of white supremacists […]